OPCW confirms use of sarin, chlorine in Syria 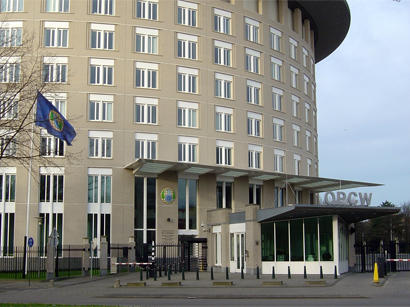 Two chemical weapons incidents involving sarin and chlorine very likely took place in Syria on March 24-25, 2017, the Organization for the Prohibition of Chemical Weapons (OPCW) said in a statement on Wednesday.

"The conclusions for the 24 March and 25 March incidents are based on separate witness testimony, epidemiological analysis and environmental samples," the OPCW noted. "The collection of information and material, interviewing witnesses, as well as analysis of samples required a longer period of time to draw conclusions," the statement adds.

The report on the incidents has been shared with states parties to the Chemical Weapons Convention and transmitted to the United Nations Security Council through the UN secretary general.