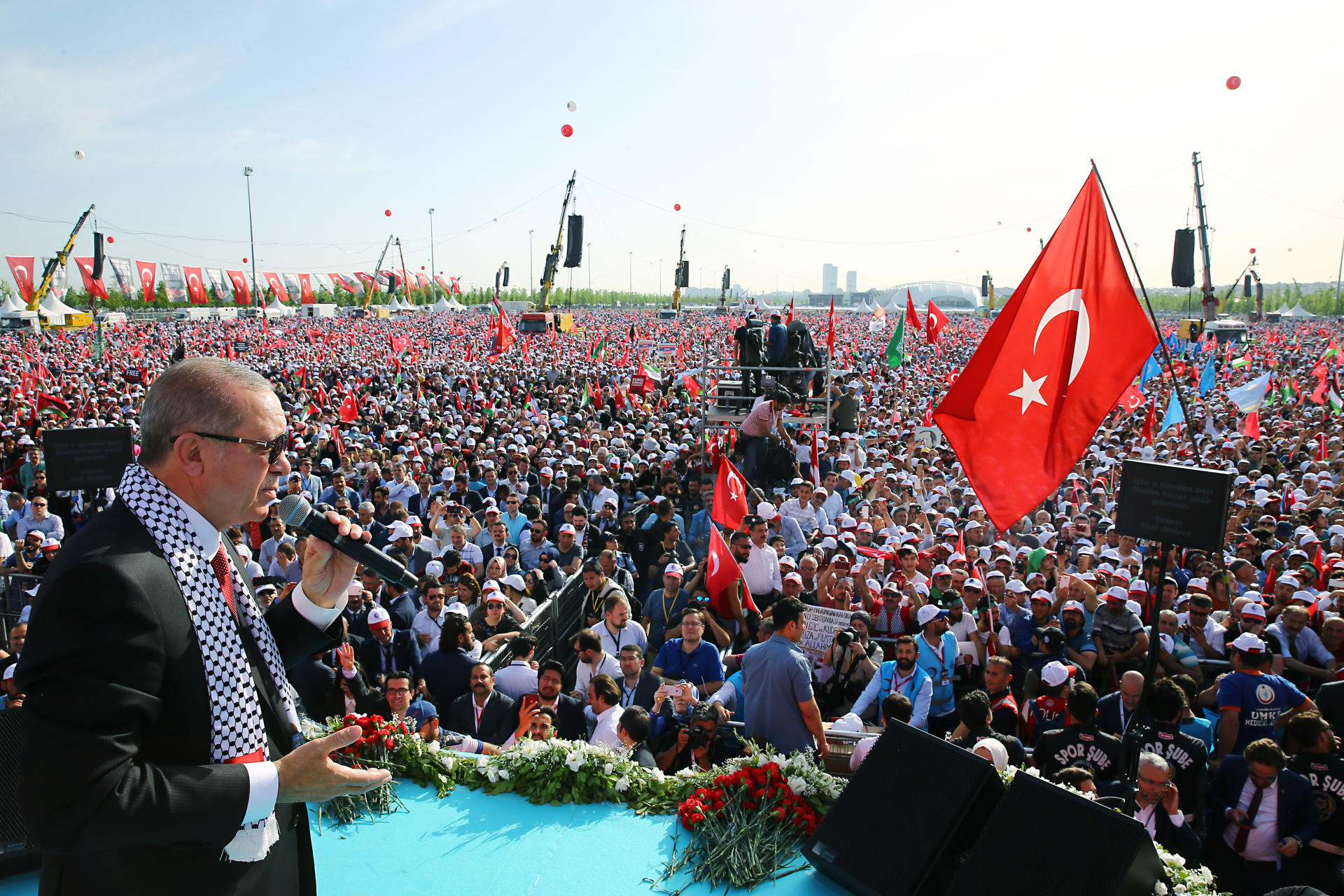 Speaking at ruling Justice and Development (AK) Party’s mega rally in Istanbul's Yenikapi fairgrounds, Erdogan said the island would host a massive convention center with the capacity to hold international meetings for days.

“The international community has this [international convention center] but we did not. Now we are taking the first step for this, and the name is Island of Democracy and Freedom.”

Yassiada, which is seen as the symbol of the sorrows of Turkish democracy, is located in the Sea of Marmara to the southeast of Istanbul.

The island is where Turkey's first democratically-elected Prime Minister Adnan Menderes along with all the leading Democratic Party (DP) members were arrested after the May 27, 1960, military coup, and were later jailed and tried.

Menderes and DP deputies were put on trial on charges of violating the constitution as well as embezzling money from state funds by a military court on the island of Yassiada.

The Yassiada Court sentenced Menderes and his two ministers Fatin Rustu Zorlu and Hasan Polatkan to death, and led to their execution by the junta on the island of Imrali, located in the south of Marmara Sea.