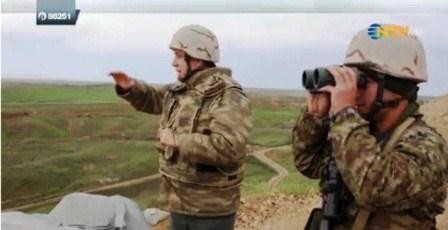 Turkish NTV television channel has broadcast a reportage from the territories liberated from Armenian occupation by Azerbaijani Army on April 2-5.

A well-known television journalist Ahmad Yasiltepe has been the first among the world television channels in the liberated territory of Nagorno-Karabakh.


Journalist referring to some very interesting moments in the program that relating to the report has exposed aggressive policy of Armenia and the forces behind it.

Journalist standing at the entrance, saying "24 years that no one going to Jabrayil from here” freezes the blood of man...