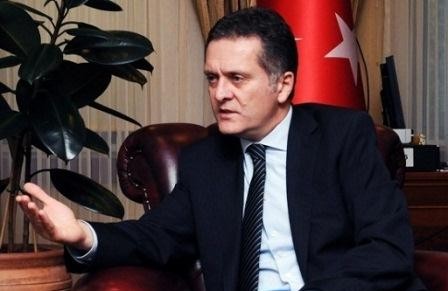 Turkish president will take part in the 7th Global Forum of the UN Alliance of Civilizations (UNAOC), to be held April 25-27 in Baku, he said.

President Erdogan will be accompanied by a large delegation consisting of deputy prime minister, ministers of foreign affairs, energy, economy and culture, according to Coshkun.

He added that usually at such multilateral forums presidents discuss the agenda, therefore, a top level meeting will be held.

Coshkun said it will be the third meeting of the Azerbaijani and Turkish presidents in 2016.

The diplomat noted that the Turkish ministers will also meet with their Azerbaijani counterparts during their visit.