Two agreements between Azerbaijan and Armenia 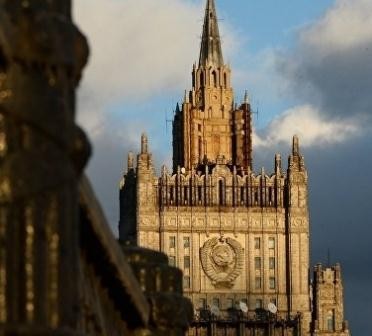 Russia considers two ceasefire agreements signed between Azerbaijan and Armenia in 1994 and 1995 as the foundation of cessation of hostilities in Nagorno-Karabakh region, the Russian Foreign Ministry said.


"In the context of the development of the situation around Nagorno-Karabakh, the Russian side firmly believes that the Ceasefire Agreement in 1994, and adopted in its development agreement on strengthening the ceasefire in the Nagorno-Karabakh conflict in 1995 are permanent in nature and still form the basis of truce in the conflict zone, "- said the statement.


It is noted that this position of principle, fully complies with the general approach of the "troika" of the OSCE Minsk Group, it was set out in a note permanent representative of the Russian Federation to the OSCE, April 12 directed to the resident of Azerbaijan.

Dealing with the settlement of the Nagorno-Karabakh conflict is the OSCE Minsk Group, which was created after the meeting of the OSCE Ministerial Council in Helsinki on 24 March 1992. The Group’s members include Azerbaijan, Armenia, Russia, the United States, France, Poland, Germany, Turkey, Belarus, Finland and Sweden.