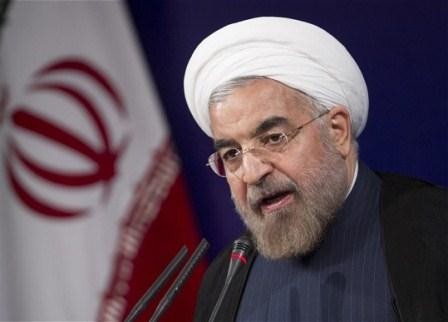 Iranian Vice-President and head of the Cultural Heritage Organization Massoud Soltanifar said that President Hassan Rouhani is expected to visit Baku within the next couple of months.

Saying that President Rouhani and his Azerbaijani counterpart Ilham Aliyev have met six times over the past two years, he added that the presidents are determined to boost bilateral ties.

According to Soltanifar Tehran and Baku have agreed on over 40 deals during the six meetings between the presidents.

The latest meeting between presidents in late February in Tehran resulted in conclusion of more than 10 documents covering various areas of cooperation between Tehran and Baku.

Elaborating on the fields of cooperation between Iran and Azerbaijan, Soltanifar said that the neighboring countries eye several projects on a range of sectors from industry and science to tourism.

Soltanifar is in Baku to attend the 7th Global Forum of the UN Alliance of Civilizations which kicked off April 25.