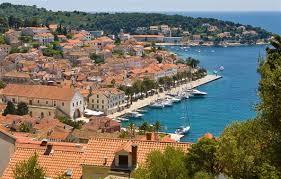 Croatia is suffering a severe labor shortage, most glaringly in its booming seaside tourist resorts, that is compounding obstacles to economic growth and dimming hopes of catching up to more developed European Union peers.

“The mismatch between education and the needs of the economy, a low readiness for mobility within Croatia and a high number of people leaving to work in other EU states negatively affect Croatia’s labor market,” Iva Tomic at the Zagreb Economic Institute think-tank told Reuters.

According to the national employers’ association HUP, Croatian firms cannot fill at least 30,000 jobs, largely in tourism, which accounts for almost 20 percent of gross domestic product, and in construction, retail and manufacturing.

This at a time when Croatia and other European Mediterranean tourist hotspots are struggling to cope with huge crowds arriving on cheap flights and cruise ships in the summer high season.

Tourism in Croatia, with its spectacular, rugged Dalmatian seacoast and offshore islands, regularly offsets the country’s considerable trade deficit, so it is crucial for the service sector underpinning it to be able to fill job openings.

But many other businesses, Croatian- or foreign-owned, also have many job opportunities going begging, compounding the drag on growth and helping keep the unemployment rate unacceptably high - currently at 9.1 percent, analysts say.

That is down from 11.6 percent a year, but only because of the brain drain of young Croats.