Bosnian Serb region to keep tight grip on spending in 2019 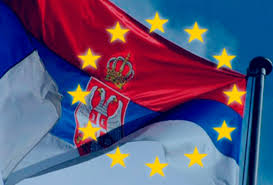 Bosnia’s autonomous Serb Republic will maintain its restrictive spending policy next year after agreeing in an emergency session a 2019 budget of 3.25 billion Bosnian marka ($1.9 billion), down 5 percent from this year’s revised budget.

Total budget revenues are seen at 2.8 billion marka, up 1.4 percent from this year, fueled mainly by an expected 1.5 percent rise in tax revenues to 2.6 billion marka. That is based on government projections of 3.7 percent economic growth and 1.2 percent inflation in 2019.

The budget will have a meager surplus of 56 million marka which will be used to pay debt, Finance Minister Zora Vidovic said early on Sunday.

More than one third of the budget, or 1.245 billion marka, will be spent on social benefits, including pension payments, with debt servicing costs of 490 million marka. The amount set aside for payment of salaries will increase 4.8 percent to 756 million marka.

“We have to be realistic, the budget is rather more socially orientated than development orientated, although investment into education and health has been envisaged,” Vidovic told Reuters.

The budget anticipates external financing of 422.6 million marka, down nearly 32 percent from 2018, of which 271 million marka will come from selling domestic debt, 113 million marka from international loans and the rest from other financial earnings.