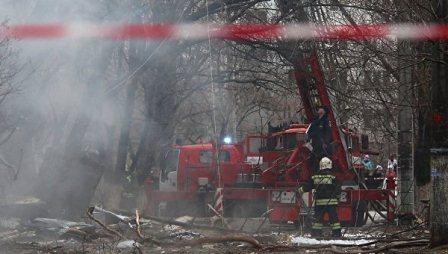 An explosion occurred in the three-storey building in Turkey's western city of Kutahya, Hurriyet newspaper reported.

The explosion injured three people, two of them are children.

The explosion occurred in one of the shops located in the building. A fire, which moved to nearby buildings, followed after an explosion. Firefighters managed to extinguish the fire.

It is assumed that the explosion occurred due to flammable items sold in the store.