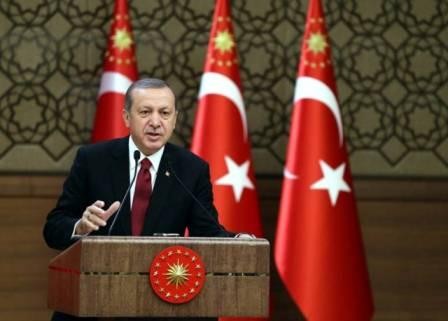 In his May 1 message issued on International Labor Day, Erdogan said he hoped the occasion would "strengthen work, peace and unity" and warned against what he called "provocation".

Major security operations are underway in Istanbul and Ankara as thousands of people mark International Labor Day with rallies and demonstrations.

Prime Minister Ahmet Davutoglu hosted workers at a breakfast held in the prime ministry office at Cankaya Palace in Ankara to mark on May 1.

May 1 is celebrated by many labor unions and workers worldwide. May Day is generally a public holiday in many countries and is an official holiday in Turkey.