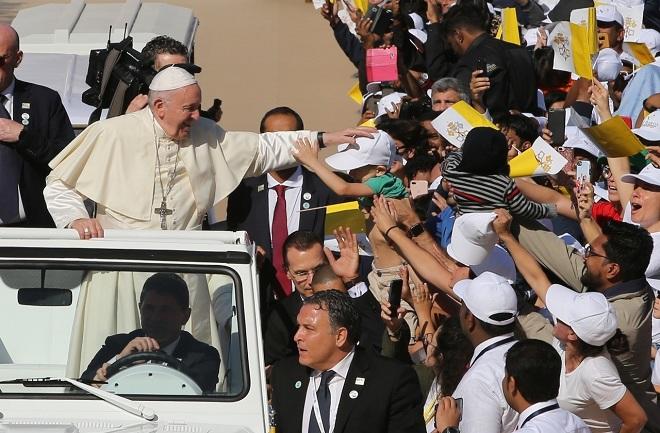 The public mass of Pope Francis ended in Abu Dhabi, becoming the last event during the historic three-day visit of the pontiff to the UAE.

Notably, the visit of Pope Francis to the UAE was the first for the head of the Roman Catholic Church in the Arabian Peninsula. Earlier, Pope Francis
had signed a joint charter with the Ahmed Mohamed Ahmed el-Tayeb, the current Grand Imam of al-Azhar and former president of al-Azhar University took part in the interfaith dialogue and held meetings with the leadership of the UAE.