Over 300 PKK militants eliminated in Turkey 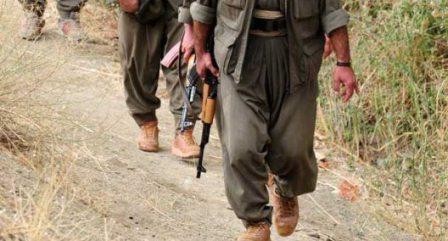 As many as 324 militants of the Kurdistan Workers' Party (PKK) terrorist group have been eliminated in Turkey during the operations against this terrorist organization since March of 2016, the General Staff of Turkish Armed Forces said on May 3.

Throughout this period, 54 employees of the security agencies were killed in Turkey during the anti-PKK operations.

Earlier, Turkey's President Recep Tayyip Erdogan said that over 5,359 PKK members have been eliminated as a result of the operations against this terrorist group since July of 2015. The president added that 355 Turkish servicemen were killed during these operations, which will continue until the complete destruction of the PKK.