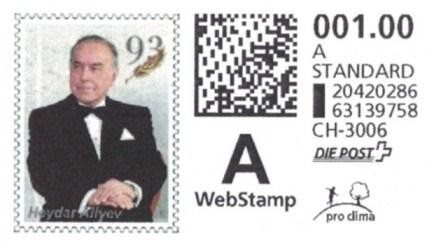 According to the Azerbaijani Embassy in Switzerland, the stamp was issued on the agreement between the Embassy and “Schweizerische Post“ Joint-Stock Company. The postal stamps were issued in a non-commercial purpose and will be used by the Embassy. They will also send to the UN Office of Azerbaijan in Geneva, permanent representation in other international organizations, SOCAR representation in Switzerland and other interested sides.

Negotiations are underway with the “Schweizerische Post“ Joint-Stock Company on the sale of postal stamps in Swiss post offices.