The Washington Times wrote about nuclear reactor in Armenia 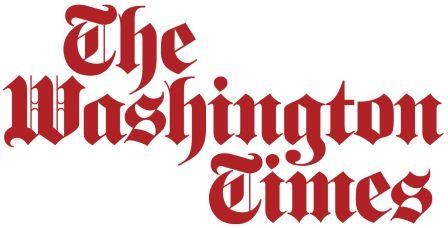 Another major concern is arising in the Caucasus, Alexander Murinson, an expert of the Begin-Sadat Center and Bar-Ilan University, says in his article published in The Washington Times.

Mere days ago, according to the article, Georgian authorities reported the arrest of an elderly Georgian man and several Armenian nationals — alarmingly suspected of being current or former members of the Armenian Security Service — who were attempting to smuggle and illegally sell some $200 million worth of nuclear-grade materials. The highly radioactive U-238 can be used to produce a myriad of deadly and destructive apparatuses, not the least of which is a dreaded “dirty bomb.”

“Some of this material entered Georgia through the separatist Russia-annexed enclave of South Ossetia and was traced back to Russian facilities. This adds much credence to constant complaints by Georgia and Azerbaijan related to the fact that their territories under separatist control, such as Abkhazia, Nagorno-Karabakh and South Ossetia, are being used for all manner of illegal smuggling from nuclear material to arms to narcotics,” says the author.

The article outlines that Nagorno-Karabakh and the rest of the Azerbaijani territories occupied by Armenia, in particular, have another peculiarity of having an uncontrolled border with Iran. Not surprisingly, there are frequent reports of numerous Iranian trucks traveling in the area, usually under the cover of darkness and thought by many counterterrorism officials to be transporting illegal arms to and from Iran, the second of Armenia’s closest allies — Russia being Armenia’s closest ally.


To substantially add to the threat emanating from Armenian nationals and Armenia is the presence in Armenia of an outdated Chernobyl-type nuclear reactor operating long past its original planned lifetime, the author says.


“Coincidentally, the safety of Armenia’s aged reactor was discussed at the Nuclear Security Summit and notably in the presence of Mr. Obama and other world leaders. Two of the region’s most prominent leaders and both closely aligned with the United States, Azerbaijan’s President Ilham Aliyev and Turkey’s President Recep Tayyip Erdogan, spoke with apprehension about the reactor’s danger, sounding the alarm of the present and mounting dangers originating in Armenia. Armenian President Serzh Sargysan was quick to dismiss these concerns. However, if Armenia’s reactor is not only a safety threat, but potentially a source of radioactive material for a “dirty” bomb, as suggested by the recent foiled plots, then the problem is no longer limited to the Caucasus region,” says the article.

The article notes that during the Nuclear Security Summit, Azerbaijani President Ilham Aliyev had meetings with US Vice President Joe Biden and Secretary of State John Kerry.