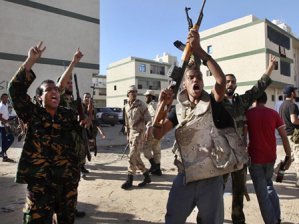 Arab League envoy to Libya Salah Eddine al-Jamali has accused foreign countries of fueling the conflict in the conflict-ridden nation.

"There have been daily international interferences in Libya," he said. "These countries are encouraging the war, not halting the conflict and laying down arms."

Libya has remained beset by turmoil since 2011, when a bloody NATO-backed uprising led to the ouster and death of strongman Muammar Gaddafi after four decades in power.

Since then, the country’s stark political divisions have yielded two rival seats of power: one in eastern Libya and another in Tripoli.

The situation escalated this month when Khalifa Haftar, who commands forces loyal to a government based in East Libya, launched a military campaign to capture the capital Tripoli, where the UN-backed government is headquartered.

"The Arab League rejects violence and taking up arms instead of dialogue," al-Jamali said, reiterating rejection of any foreign interference in Libyan affairs.

"The league seeks to maintain Libya's unity and territorial integrity and seeks to bridge the gap in viewpoints," he said.

The Arab League envoy went on to call on Libyan rivals to "lay down arms and return to the negotiating table".

"Violence does not solve problems," he said.