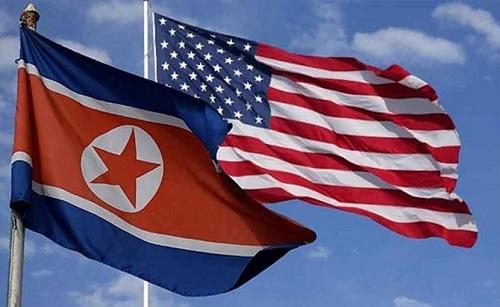 "Let them impose sanctions for hundreds and even thousands of years if that is what they want. They [sanctions] have little effect on us, we don’t care about them," the minister said. "South Korea may think that we are suffering from sanctions and want them removed but we are not bothered by them," he added.

When asked if sanctions had impacted the country’s energy sector, Kim Yong-jae said that "energy and electricity production has increased sharply since last year."

The minister pointed out that the United States needed to reconsider its approaches to dialogue with North Korea. "These people should stop what they are doing now and change their approaches," he noted.

Kim Yong-jae also accused South Korea of blindly following US policies, which damaged Seoul’s relations with Pyongyang. In this connection, he mentioned South Korea’s joint military drills with the US. According to him, such steps run counter to the agreement on easing military tensions the defense ministers of North and South Korea signed last year.

"We should act in accordance with agreements and take responsibility for issues emerging within these agreements," Kim Yong-jae added.