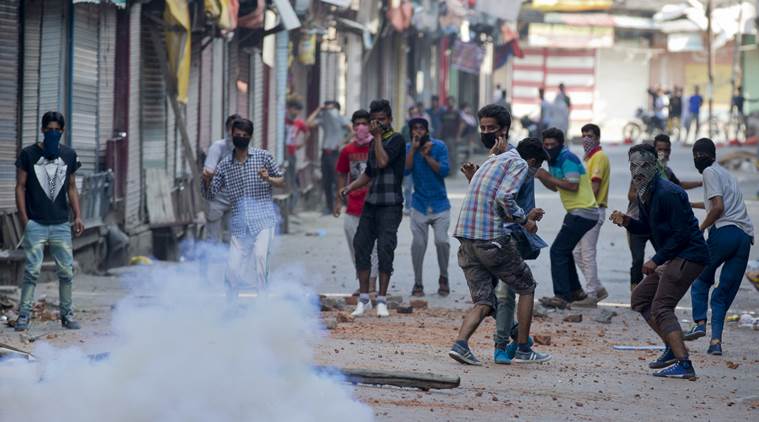 The families of pro-independence leaders in Jammu and Kashmir are being harassed by Indian authorities as a clampdown on the decades-old resistance movement in the region intensifies in the aftermath of a deadly bombing earlier this year.

He works as a research officer at a conference center in Kashmir. His father, Altaf Ahmad Shah, has been jailed pending trial in New Delhi's Tihar prison for nearly two years.

His father and several other resistance leaders have been imprisoned in a 2017 case which accuses them of raising, receiving and collecting funds through various illegal means for funding anti-India activities in Jammu and Kashmir.

“The NIA raided our house, they took all the documents, and they found nothing there. The case against my father is a flimsy one, but the point of it is only to harass us and weaken my family’s resolve,” he said.

He went on to say that earlier, his uncles, sons of Syed Ali Geelani, were summoned by the investigation agency to answer questions and now they are coming for the grandchildren.

The daughter of another incarcerated leader, Shabir Shah, has been summoned by the Enforcement Directorate (ED), the country's economic intelligence agency, in a money laundering and disproportionate assets case.

Last month, the directorate sealed Sabir Shah's home, which is in the name of his wife, taking away their rights to sell the property.

“Our home was built in 2005. My daughter who has been summoned to New Delhi was 5 years old then. What does she know about how we built the house, how we saved the money for it?” Bilquis Shah, wife of Shabir Shah, told Anadolu Agency.

Bilquis Shah, a medical doctor, says that their home is built on a piece of land gifted to her by her father, and she took a loan from the bank to build the house.

“Anyone who sees the facts of the case can’t believe that my husband has been in prison for two years over it. But we know why he is in prison. Because of his politics. And I don’t complain about his arrest because he is doing what he must and the Indian government is imprisoning him for his politics,” she said.

“But there is a certain limit. Even prisoners have their rights. The Indian government is stooping too low by going after me, my sisters, my 19-year-old daughter.”

Their daughter, Sama, is studying in the U.K. Bilquis Shah says her daughter has exams and was unable to reach New Delhi for interrogation on April 18.

“I told the ED in a written response that my daughter was only 5 years old at the time of building the house and is studying for her exams, but they have sent out another summons for her.

“It shows to me how frustrated the Indian government is by its inability to suppress Kashmir’s movement for self-determination. I am sure they will now send a summons to my 16-year-old daughter as well,” she says.

The Indian government claims the raids and arrests are part of an investigation into a terror-funding case.

Last year, the NIA arrested two sons of militant group Hizbul Mujahideen chief Syed Salahuddin. While Salahuddin is himself based in Pakistan-administered Kashmir, his family lives in Jammu and Kashmir. One of the arrested sons worked in the state’s agriculture department while another worked as a laboratory assistant at a hospital. Both were arrested by the NIA in the same terror-funding case in which several pro-independence group Hurriyat leaders, including Altaf Shah, were arrested.

The crackdown has intensified following a suicide bombing in February that killed at least 40 Indian troops in Jammu and Kashmir.