Japan wants to ‘break shell of distrust’ with North Korea 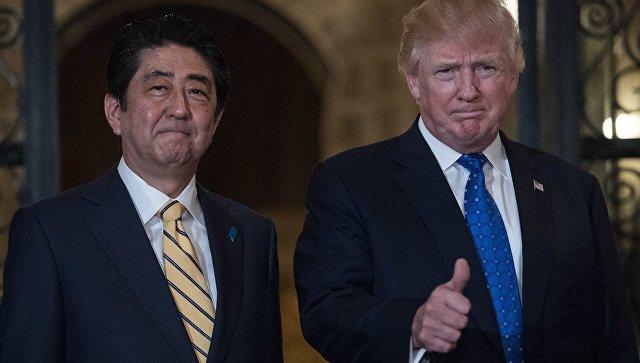 Japanese Prime Minister Shinzo Abe says he is ready to meet with North Korean leader Kim Jong-un “unconditionally” in what could potentially lead to the restoration of ties between Tokyo and Pyongyang.

Axar.az reports citing Press TV that, the Japanese premier said in an interview with Japan’s Sankei Shimbun newspaper on Wednesday that he was open to meet Kim without any preconditions for a “candid discussion” aimed at resolving a long-running dispute over what Tokyo describes as the kidnappings of Japanese nationals by North Korean agents.

“I want to meet Chairman Kim Jong-un unconditionally and talk with him frankly with an open mind. It is more than important for our country to be proactive in tackling the issue,” Abe said. “We can’t break the shell of mutual distrust between Japan and North Korea unless I directly face Mr. Kim.”

“I hope that he is a leader who can make a decision strategically and flexibly on what is best for his nation,” he added.

Japan says North Korea kidnapped dozens of Japanese nationals to use them to train its spies in language and customs in the late 1970s and early 1980s. After years of denial, Pyongyang admitted in 2002 that it had taken 13 Japanese civilians and released what it said were the five survivors, saying the eight others had died.

Abe told the Japanese newspaper that he had raised the topic with US President Donald Trump and asked him to help resolve the abduction issue during their talks at the White House last week.

Trump has already met with Kim twice; and although their second meeting collapsed in February, the American president has shown a willingness to meet with North Korea’s leader another time.

Trump is also scheduled to hold another meeting with Abe in late May. His planned trip to Japan then is originally meant for him to meet the country’s new Emperor Naruhito, who was enthroned on Wednesday.

North Korea several times tested missiles that flew toward or over Japan until late 2017, sparking warnings and stoking calls for a tough stance against Pyongyang over its nuclear and ballistic missiles program.

North Korean authorities have so far given no public indication of any willingness to meet with the Japanese prime minister.