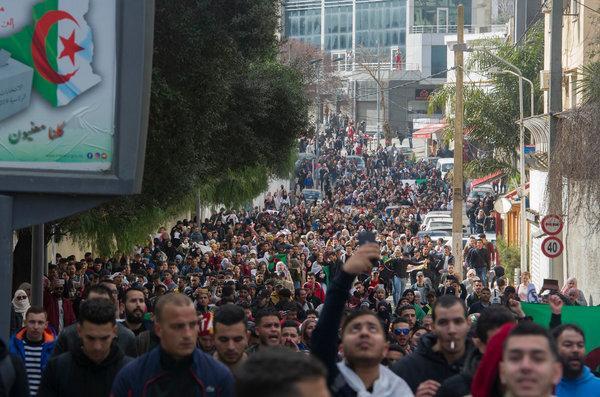 Algerian lawmakers on Thursday boycotted a parliamentary session that was called to confirm six new cabinet members, according to local media reports.

The MPs reportedly boycotted the session to show solidarity with ongoing popular protests calling for the dismissal of all government officials linked to the regime of former President Abdelaziz Bouteflika.

Abdelkader Bensalah, a former parliamentary speaker, is now serving as interim president for a 90-day transitional period -- overseen by the army -- during which presidential elections will eventually be conducted.

Demonstrators, however, have continued to demand the departure of all Bouteflika-era officials, including Bensaleh himself and current parliament speaker, Mouad Bouchareb.

Even MPs for Bouteflika’s National Liberation Front have called on Bouchareb to step down in response to the ongoing protests.