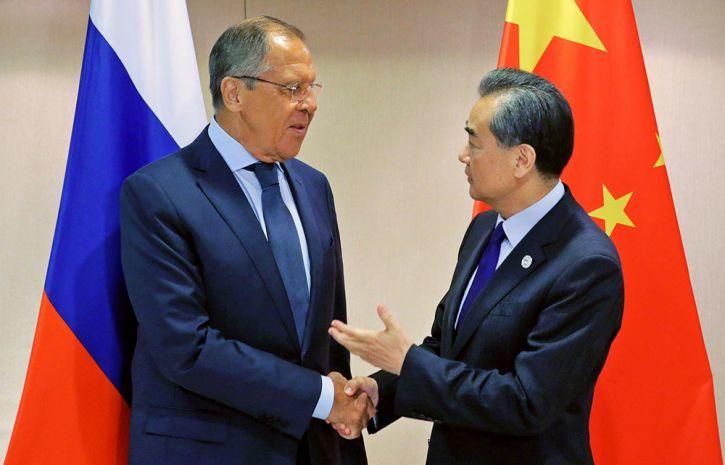 Moscow and Beijing are actively cooperating with a view to enhance global security and stability, Russian Foreign Minister Sergey Lavrov said on Monday before the talks with his Chinese counterpart Wang Yi.

"In general, Russia-China cooperation is one of the key factors in maintaining the international security and stability, establishing a multipolar world order," the Russian top diplomat said noting that China is a key partner for Russia on the world arena. "Our states cooperate closely in various multilateral organizations, including the UN, G20, SCO (Shanghai Cooperation Organization), BRICS (Brazil, Russia, India, China, South Africa group) and RIC (Russia, India, China trilateral forum), we are working on aligning the integration potential of the EAEU (Eurasian Economic Union) and the Belt and Road Initiative, with potentially establishing larger Eurasian partnership."

He also pointed out the efficiency of the mechanism that organizes regular meetings of the heads of governments, five commissions, which deal with addressing various branch issues of the bilateral cooperation, and rather intensive regional contacts. "Trade and economic cooperation is increasing, as well as the investment cooperation and cooperation in the high-tech spheres," Lavrov added. "We also value our military and military technical cooperation, interaction of law enforcement agencies, including countering terrorism, drug trafficking and organized crime."

In this regard, the Foreign Minister expressed hope for productive talks on the prospects of Moscow and Beijing’s bilateral cooperation "in various spheres and on the global agenda."