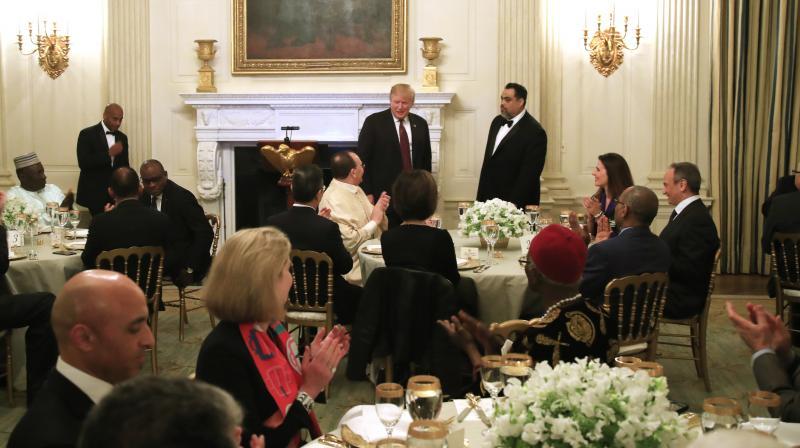 U.S. President Donald Trump called it his "great privilege" to welcome ambassadors and diplomats from Muslim-majority nations to the White House for an iftar dinner Monday marking the end of the day's fasting observed by Muslims during the holy month of Ramadan.

He highlighted Ramadan as "a time of charity, of giving and service to our fellow citizens," and one in which to become closer as families and communities.

Trump also spoke of what he called a "very rough period of time" for people of different faiths in recent weeks with deadly attacks on Muslims, Christians, and Jews in New Zealand, Sri Lanka and the United States.

In their memory, Trump said, "we resolve to defeat the evils of terrorism and religious persecution so that all people can worship without fear, pray without danger, and live by the faith that flows from their heart."

He also called for prayer for "a future of harmony and peace."

During Ramadan, observers abstain from food and drink from sunrise to sunset. The iftar dinner is traditionally held at sundown, breaking the fast.

Trump hosted an iftar dinner last year, but did not do so during his first year in office, breaking a tradition started by the Clinton administration and maintained through the Bush and Obama administrations. During the 2016 campaign, Trump called for a complete ban on all Muslims entering the United States and has signed multiple executive orders restricting immigration from Muslim-majority countries.