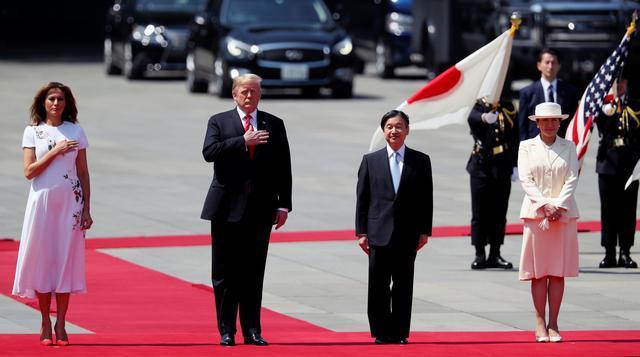 US President Donald Trump and his wife, Melania, are currently paying a four-day state visit to Japan.

Donald Trump announced on Monday that Japan plans to buy 105 US-made stealth warplanes; this would make it home to the largest F35 fleet of any US ally.

"The United States supports Japan's efforts to improve its defense capabilities, and in recent months we have sent them a large amount of military equipment," Trump said at a press conference, announcing Japan's intention to buy 105 new F-35 warplanes.

The Japanese government first placed an order for 42 F-35As in December 2011. Still, by the time December 2018 rolled around, the existing order was updated. At the time it was reported that Tokyo would be adding 63 F-35As and 42 F-35B variants to its order, in addition to the already placed request for 42 F-35As.

The US F-35 program has been widely criticized for being wildly over budget and years behind schedule. The program in 2018 reported that costs for the planes' software update alone would carry a price tag of at least $10 billion, not including development costs.

Japan and the United States have a long history of collaboration. In particular, the nations cooperate in the military sphere, with about 50,000 US military personnel stationed across the island nation.