Students to plant 10 trees if they want to graduate 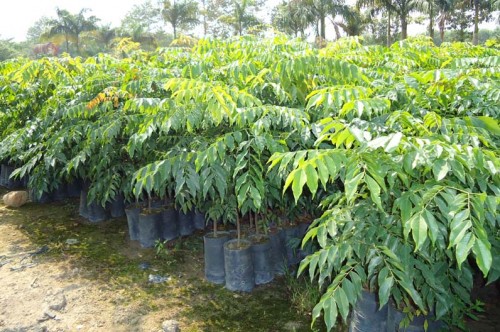 A new Filipino law requires all graduating high school and college students to plant at least 10 trees each before they can graduate.

The law formalizes a tradition of planting trees upon graduation, which is also hoped to simultaneously combat global climate change.

The proponents of the law say the legislation could result in as many as 525 billion trees planted in a generation if it is properly adhered to.

“Even with a survival rate of only 10 percent, this would mean an additional 525 million trees would be available for the youth to enjoy when they assume the mantle of leadership in the future.”

In addition to the immediate carbon-absorbing impact of the trees, it is hoped the legislation will help bring environmental understanding to future generations and lead to further ecological initiatives.

The country's Department of Education and the Commission on Higher Education will together implement and ensure compliance with the bill.

The Philippines is one of the world’s most severely deforested countries with total forest cover dropping from 70 percent to just 20 percent during the 20th century. Illegal logging remains a problem for the country and the lack of trees in some areas has exacerbated the risk and the impacts of floods and landslides.