Assange wont be extradited to countries with death penalty 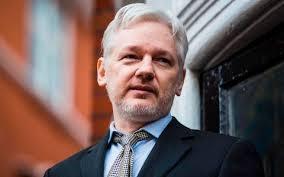 The founder of WikiLeaks, Julian Assange, will not be extradited to any country that has the death penalty, Deputy Foreign Minister of the United Kingdom Alan Duncan said.

"The founder of WikiLeaks will not be extradited to any country where the death penalty is applied. Two countries (Great Britain and Ecuador - ed.) agreed on this," Duncan said.

Notably, on April 11, 2019 Julian Assange, who was hiding in the Embassy of Ecuador in London, was detained at the request of the United States. A court in London found him guilty of violating bail conditions and sentenced him to 11 months in prison. The US authorities reported in late May that Assange was facing new charges in 17 episodes of violation of the law on espionage and disclosure of classified information.