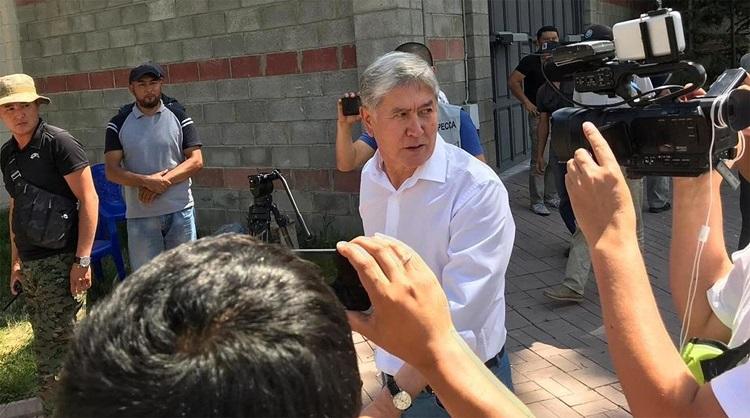 Kyrgyzstan's security forces have arrested former President Almazbek Atambayev after a botched raid on his property overnight resulted in the death of one officer.

Mr Atambayev reportedly surrendered and was taken to the country's capital, Bishkek.

He had earlier refused to surrender, provoking a standoff in which his supporters took six officers captive.

He has denied corruption charges, saying they are politically motivated.

Special forces officers attempted to raid Mr Atambayev's house late on Wednesday night, but his supporters took up arms in his defence. The six soldiers they captured were later released.

Shortly afterwards, gunfire and stun grenades were reported at the home in a second raid on the property, on the outskirts of the capital.