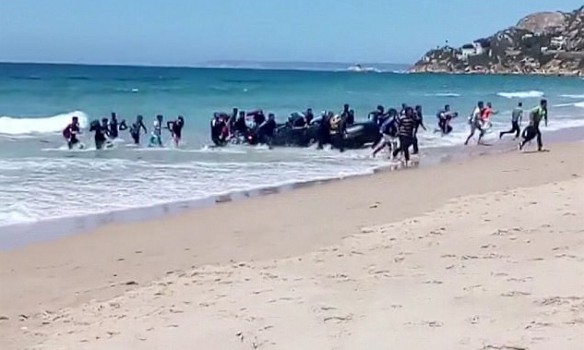 The International Organisation for Migration (IOM) on Tuesday said that some 100 migrants have been rescued off the western Libyan coast.

"Some 100 migrants have just been returned to Libyan shore amid escalating clashes. While our teams are there to provide immediate assistance, we reiterate that Libya is not a safe port for disembarkation,” IOM Libya said on Twitter.

More than 100 migrants were missing after their boat sank off the coast of Khoms city, some 120 km east of the capital Tripoli, said IOM in late July.

Since early April, the UN-backed Libyan government has been engaged in a deadly armed conflict against the east-based rebel army, which is trying to take over the capital and overthrow the government.

The fighting so far has killed more than 1,000 people, injured more than 5,700 others, and displaced more than 120,000, according to the World Health Organisation.