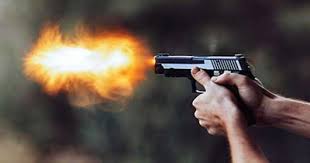 A Florida man who recently lost his job and got dumped by his girlfriend threatened to carry out a mass shooting over the weekend — telling his ex that “a good 100 kills would be nice,” according to cops.

Axar.az reports citing NYpost that despite his claims, authorities reportedly recovered a .22 caliber hunting rifle and 400 rounds of ammunition at Wix’s apartment while executing a search warrant. He was being held Sunday without bond.

“I wanna open fire on a large crowd of people from over 3 miles away,” said Tristan Scott Wix, 25, in an alleged text message to his ex.

“I’d wanna break a world record for longest confirmed kill ever,” the young man added, according to police. “I need a spotter.”