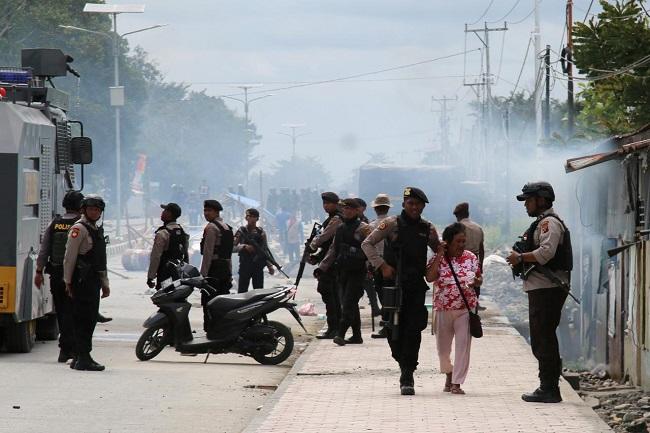 Police have flown in 1,200 more officers to quell sometimes violent protests since Monday in towns such as Manokwari, Sorong, Fakfak and Timika, near the giant Grasberg copper mine operated by Freeport McMoran’s Indonesian unit.

Axar.az reports citing Reuters that in Jakarta, the capital, more than a hundred Papuan students marched from army headquarters to the gates of the presidential palace, shouting pro-independence slogans demanding “Referendum for Papua” or “Freedom for Papua”.

Some held posters demanding the right to self-determination and an end to racism and colonialism in West Papua.

Widodo has sought to ease tension and improve welfare by building infrastructure in the provinces.

He has visited the restive region more often than any of his predecessors, and plans to open a new bridge next month in Jayapura, the capital of Papua province, his secretariat said.