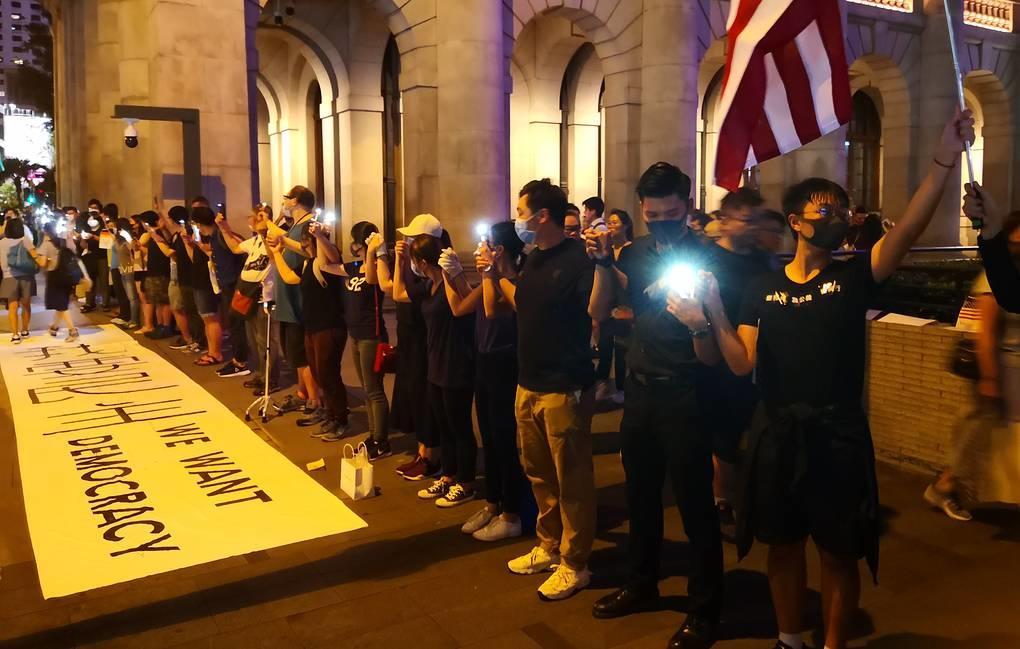 Thousands of people held hands to form a human chain of peaceful protest against a suspended extradition bill.

Demonstrators believe the bill could undermine Hong Kong's legal freedoms and might be used to intimidate or silence dissidents.

There have been nearly three months of pro-democracy protests.

Clashes between police and demonstrators have led to claims that some police have used brute force.