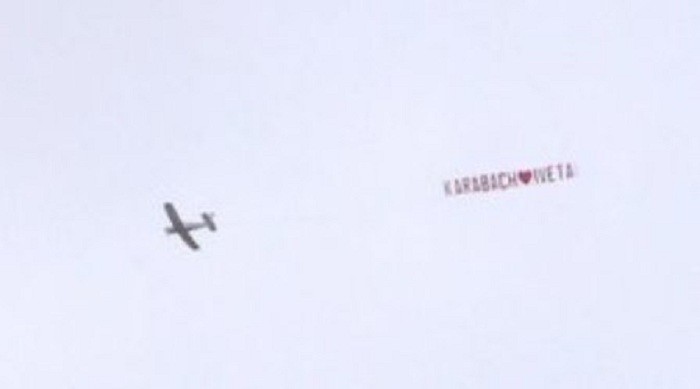 The plane flew over the Stockholm`s Sports and Concert Complex "Globen" where the final stage of the Eurovision 2016 international song contest is being held, with slogan supporting `Nagorno-Karabakh` and `Armenian singer Iveta`

The Reference Group has decided to sanction Armenian broadcaster, AMPTV, in accordance with the Rules. The nature of the sanction will be determined, at the latest, by the next Reference Group meeting in June.