There is a nuclear war risk due to global instability 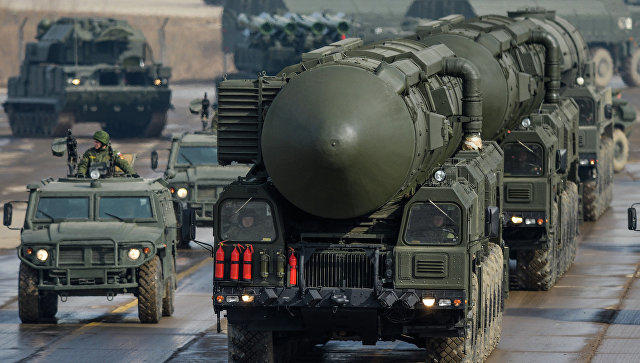 Moscow previously warned that the US was jeopardizing global security by withdrawing from strategic accords or refusing to extend them, as the world is left without a single document regulating the sphere of nuclear armaments.

Axar.az reports citing The week that Russian Deputy Foreign Minister Sergei Ryabkov stated on Thursday that there is a risk of a nuclear war, noting that the negative trend had become particularly visible this year.

"The situation regarding strategic stability keeps growing worse. Unfortunately, it's a fact, and a fact that cannot be argued with. Risks are growing too ... there is a risk of a nuclear war breaking out, even if the sides have no intention of starting a nuclear conflict", Ryabkov said in a speech in Moscow.

The diplomat also said that Washington appears to be evading working with Moscow on the New START arms reduction treaty.

"The actions of our Western colleagues are becoming increasingly emotional, at times — rather aggressive", he said, adding that the agreement "may well become the next victim of the US drive to free itself in the field of arms control"."We are concerned about the situation surrounding the Comprehensive Nuclear-Test-Ban Treaty. After putting forward unjustified accusations of violating this accord, the United States, which has no intentions of ratifying it, is now working to maintain its testing grounds in readiness to resume such tests", he warned.