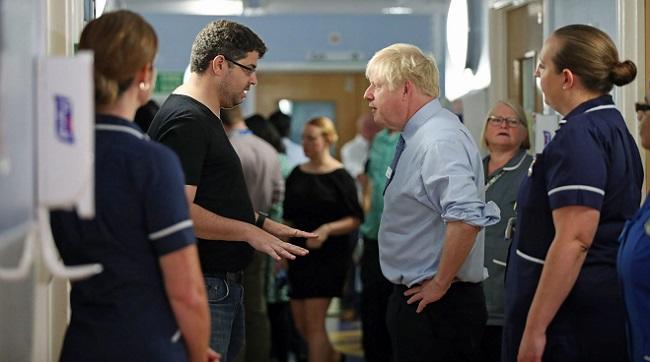 The father of a sick girl confronted Boris Johnson over the current state of the NHS when he visited a hospital.

Axar.az reports citing The Guardian that Omar Salem told the Prime Minister his newborn daughter had to wait two hours for treatment in the children’s ward at Whipps Cross University Hospital, in east London, after she nearly died on Tuesday.