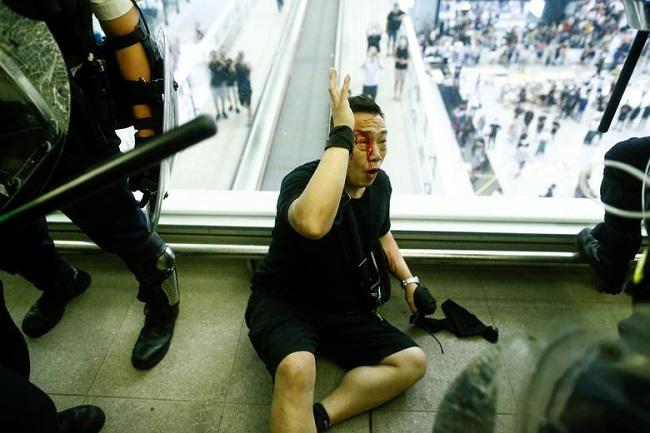 Hong Kong police beat pro-democracy protesters in custody and committed acts that amount to “torture” during recent demonstrations, Amnesty International alleged in a new report that could fuel further unrest.

Axar.az reports citing Japan Times that Amnesty said it released its findings after an investigation that included interviews with 21 arrested protesters, corroborating interviews with health care workers who treated demonstrators, and lawyers representing people who had been detained. Out of 21 protesters interviewed, 18 were hospitalized for injuries or illnesses related to their arrest and detention, the group said, adding that it also reviewed medical records.

Further protests are expected this weekend, including another so-called “stress test” of the international airport’s transportation network.

The Amnesty report also alleges that:

In several cases, protesters were “severely beaten in custody and suffered other ill-treatment amounting to torture.” Many required hospitalization.

Some violence appears to have been “meted out as ‘punishment’ for talking back or appearing uncooperative.”

Some arrested demonstrators were zip-tied and had their gas masks removed, and forced to sit in areas where tear gas was repeatedly being fired.

Several detained protesters had laser pointers shined directly into their eyes — after people shined laser pens at officers during protests.

Officers hit demonstrators with batons or fists while making arrests, “even when they were not resisting” or were already restrained. One was hospitalized with a fractured rib.