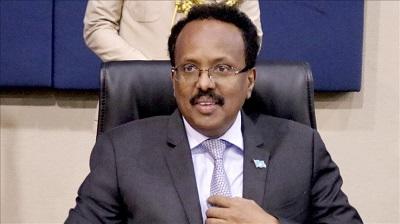 President Mohamed Abdullahi Mohamed has left the capital Mogadishu to the U.S. to attend United Nations General Assembly in New York for the first time since he took office in earlier 2017, the Somali presidential office said Sunday.

”Somali President Mohamed Abdullahi Mohamed and his delegation left for the U.S. to attend United Nations General Assembly and he is accompanied by the finance minister, State House director and other senior officials,“ the presidential office told Anadolu Agency.