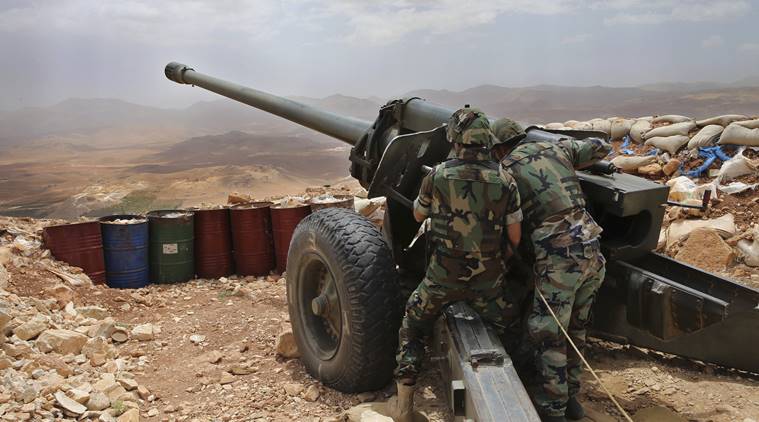 A total of 174 terrorists have been neutralized so far since Turkey started Operation Peace Spring in northern Syria, the Turkish National Defense Ministry said on Thursday.

"19 PKK/PYD-YPG terrorists were neutralized in an air campaign against a refuge in Ras al-ayn within the scope of Peace Spring Operation. Thus, the total number of terrorists neutralized from the beginning of the operation was 174," the ministry said on Twitter.

The villages of al-Yabisah and Tal Fandar were the first ones cleared of terrorists as part of the Operation Peace Spring -- launched Wednesday east of the Euphrates River in northern Syria to secure its borders by eliminating terrorist elements and to ensure the safe return of Syrian refugees and Syria’s territorial integrity.

Later, the villages of Musheirifa, Dadat, Bir Ashiq and Hamidiyah in Tal Abyad and Kishto in Ras al-Ayn were also cleared of terrorists.

The villages of Lower Kishto west of Ras al-Ayn, Barzan, Al Jadedah and Gisas were also rid of terrorists.

The SNA forces -- composed of various opposition groups fighting against the Bashar al-Assad regime of Syria -- entered the areas occupied by the YPG/PKK terrorists as part of the Turkey’s fresh anti-terror operation.

Turkey on Wednesday launched Operation Peace Spring east of the Euphrates River in northern Syria, to secure its borders and Syria’s territorial integrity, by eliminating terrorist elements and to ensure the safe return of Syrian refugees.

Turkey has said the terrorist group PKK and its extension the YPG/PYD constitute the biggest threat to Syria’s future, jeopardizing the country’s territorial integrity and unitary structure.

Ankara has also stressed that supporting terrorists, under the pretext of fighting Daesh is unacceptable.

Turkey has a 911-kilometer (566-miles) border with Syria and it has long decried the threat from terrorists east of the Euphrates River and the formation of a “terrorist corridor” there.

Turkey plans to resettle two million Syrians in a 30-km-wide (19-miles) proposed safe zone in Syria, stretching from the Euphrates River to the Iraqi border, including Manbij. However, the presence of terror groups such as the PKK, PYD, and YPG risk its formation.

Ankara has freed an area of 4,000 square km (1,544 square miles) in Syria from terrorist groups in two separate cross-border operations.