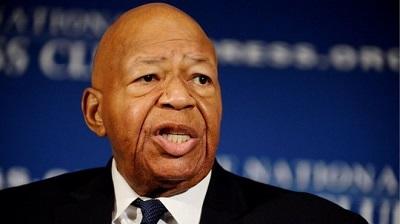 Veteran US Democratic congressman Elijah Cummings, who was heavily involved with the Trump impeachment inquiry, has died at the age of 68.

His office said he had died as a result of "longstanding health challenges".

As chairman of the House of Representatives Oversight Committee, he had instigated several investigations into the Trump administration.

He also clashed with administration officials over healthcare and immigration.

Earlier this year, during a hearing about migrant detention, Mr Cummings blasted acting Homeland Security Secretary Kevin McAleenan, asking him if the department had an "empathy deficit".