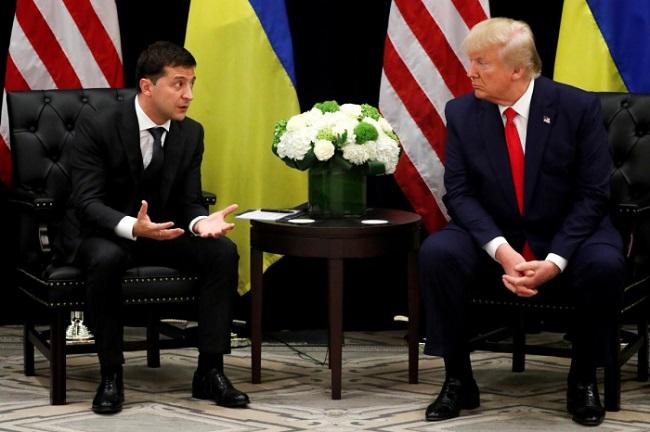 A top US diplomat says President Trump made the release of military aid to Ukraine conditional on a pledge that a political rival would be investigated.

Mr Taylor said relations with Ukraine had been "fundamentally undermined".

President Trump insists there has been no such deal, or exchange of favours, in Ukraine policy.

Responding to the latest testimony in Congress, White House press secretary Stephanie Grisham said in a statement: "President Trump has done nothing wrong - this is a co-ordinated smear campaign from far-left lawmakers and radical unelected bureaucrats waging war on the Constitution".

Mr Taylor, a career diplomat who has been the US envoy to Ukraine since June, is the latest witness to testify before lawmakers in the Democratic-led inquiry into suspected abuse of power by President Trump.

A transcript of a call Mr Trump made to Ukraine's new President Volodymyr Zelensky on 25 July shows he urged him to investigate discredited corruption allegations against Mr Biden and his son, Hunter.

While Mr Biden had a key role in US policy towards Ukraine as vice-president, Hunter Biden joined the board of Ukrainian gas company Burisma.

The company had been investigated by former Ukrainian prosecutor general Viktor Shokin.