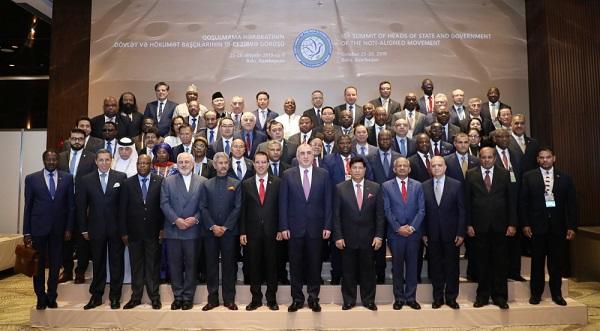 A meeting of Ministers of Foreign Affairs of Non-Alignment Movement countries is held in Baku today.

Axar.az reports, the Ministers will discuss preparations for the 18th summit of the Non-Aligned Movement to be held in Baku on October 25-26.

Preparation meeting is chaired by Elmar Mammadyarov. Agenda of the meeting has been adopted.

Remind that XVIII Summit of heads of states and governments of Non-Alignment Movement member states will be held in Baku on October 25-26.