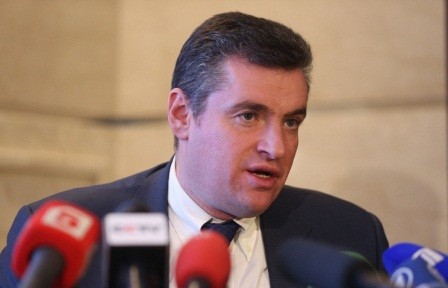 Agreements reached by the Armenian and Azerbaijani presidents at their Monday’s meeting in Vienna are to put an end to the escalation in the zone of the Nagorno-Karabakh conflict, a Russian lawmaker said on Tuesday, ITAR TASS reports.

The participants in the talks on Nagorno-Karabakh in Vienna on Monday involving the presidents of Azerbaijan and Armenia and mediated by the foreign ministers from the OSCE Minsk Group co-chair countries (Russia, the United States and France) agreed to observe ceasefire in the region in compliance with the 1994-1995 accords. The parties to the conflict also agreed to complete as soon as possible the work on an OSCE tool on investigating incidents on the contact line.

"Agreements reached by the Armenian and Azerbaijani presidents yesterday in Vienna are to put an end to the so-called April crisis and the aggravation of the situation at the border. It is vitally important bearing in mind that the conflict [in Nagorno-Karabakh] is still simmering and continues to claim human lives," Leonid Slutsky, the chairman of the committee for the affairs of the Commonwealth of Independent States (CIS), Eurasian integration and relations with compatriots of the Russian State Duma lower parliament house, told journalists.

From this point of view, "the Vienna agreements are to be a model of a global solution on the Nagorno-Karabakh settlement," he said. "I hope it will be found in a foreseeable future. This is the problem we have no right to leave to the next generation."