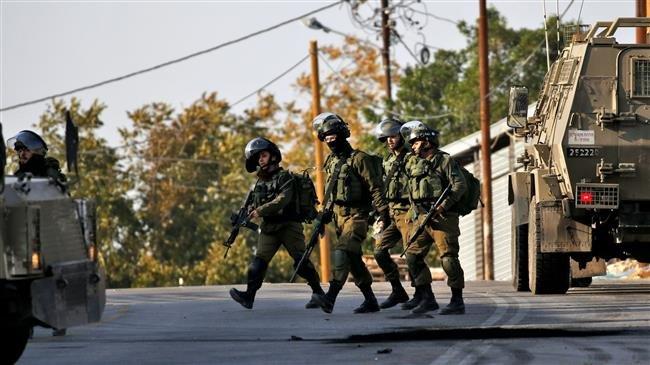 Israeli forces have re-arrested a prominent Palestinian legislator and senior member of the Popular Front for the Liberation of Palestine (PFLP) in an overnight raid into her home.

Khalida Jarrar, a 56-year-old member of the Palestinian Legislative Council, was arrested at 3 am local time (00:00 GMT) at her home in the central occupied West Bank city of Ramallah, located 10 kilometers north of Jerusalem al-Quds, and taken to an unknown area, local media reported on Thursday.

Her daughter Yara Jarrar said in a post on Twitter that the house was surrounded by more than 70 Israeli soldiers who arrived in 12 military vehicles.

"Mom and sister were asleep when they approached," Yara said.

The Palestinian lawmaker has been jailed multiple times. She was released last February after spending 20 months in "administrative detention" -- an illegal practice under which an individual is held without a trail.

According to Samidoun, a Palestinian prisoner solidarity network, she played a leading role in supporting the education of the minor girls held there, organizing classes on human rights and in review for mandatory high school examinations when the prison authority denied the girls a teacher.