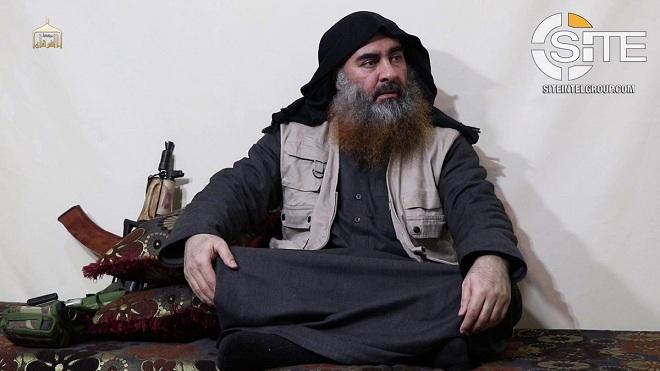 The Islamic State (IS) group has confirmed the death of its leader, Abu Bakr al-Baghdadi, and named his successor.

An IS outlet on messaging service Telegram announced that Abu Ibrahim al-Hashemi al-Qurashi was the group's new leader and "caliph".

US special forces tracked down Baghdadi in north-west Syria at the weekend and attacked his compound.

The IS leader fled into a tunnel and killed himself with a suicide vest.

Baghdadi was declared leader of the extremist group in 2014 when IS took control of huge swathes of Iraq and Syria and imposed its rule over the civilian population.