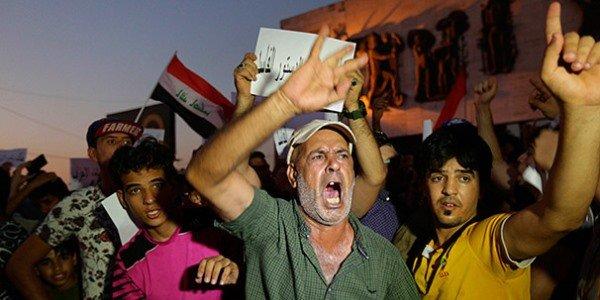 Iraq’s Prime Minister Adil Abdul-Mahdi has called for an end to street protests, saying that they are paralyzing the country and costing the economy "billions of dollars."

In a statement published on Sunday, Abdul-Mahdi said that "it is a month that office buildings, schools, universities and a significant portion of social life have been shut down" due to the protests.

"It is time for normalcy to be restored, for the markets to be opened and the factories, offices, schools and universities to resume operating," he said.

The Iraqi prime minister further explained that the protests have led to a halt in the activities of international and domestic investors who are leading development projects in the country.

He also said that the protests have caused a delay in the proposal of the country's 2020 budget.

The Iraqi prime minister's remarks came after demonstrators spilled out into the streets of the capital Baghdad and several other cities on Sunday as part of ongoing economic and anti-corruption protests in the country.

The demonstrators shut down streets, schools and government offices.

Consequently, Umm Qasr, Iraq's main port in the Persian Gulf, has been at a complete standstill due to protests since Wednesday. The port receives the bulk of Iraq's imports of grain, vegetable oils and sugar.