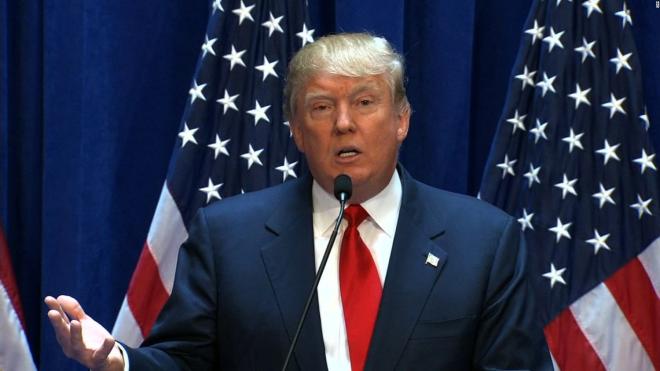 Congress has invited US President Donald Trump to its first impeachment hearing on 4 December.

Jerrold Nadler, the Democratic chairman of the House Judiciary Committee, said Mr Trump could either attend or "stop complaining about the process".

If he does attend, the president would be able to question witnesses.

It would mark the next stage in the impeachment inquiry, which centres on a July phone call between Mr Trump and Ukrainian President Volodymyr Zelensky.

In that call, President Trump asked Mr Zelensky to investigate Joe Biden, currently the front runner to be the Democratic candidate in next year's presidential election, and his son Hunter Biden, who had previously worked for Ukrainian energy company Burisma.

The probe is looking into whether Mr Trump used the threat of withholding US military aid to pressure Ukraine into investigating the Bidens. The president has denied any wrongdoing and has called the inquiry a "witch hunt".