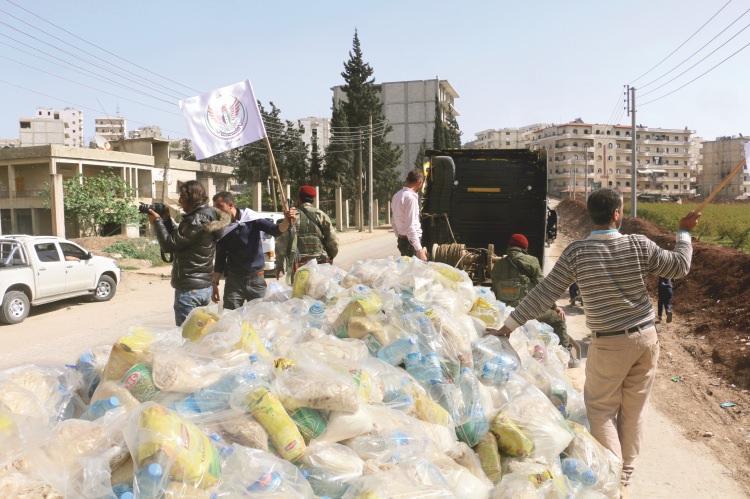 The terror group attempted to strike Ayn al-Arus village of the district, however, the attack was thwarted thanks to a military checkpoint set by the TSK, said the ministry on Twitter.

But another truck loaded with bombs exploded outside of the same village, leading to injury of at least five, according to initial reports.

This attack has yet to be claimed by any organization, but according to the Syrian National Army (SNA), the YPG/PKK terror group might be behind the incident.

Another bomb-laden truck exploded in Jarabulus, which was earlier rid of terrorism with Turkey’s counter-terrorism "Operation Euphrates Shield."

In its more than 30-year terror campaign against Turkey, the PKK -- listed as a terrorist organization by Turkey, the U.S. and EU -- has been responsible for the deaths of 40,000 people, including women, children, and infants. The YPG is the PKK's Syrian offshoot.