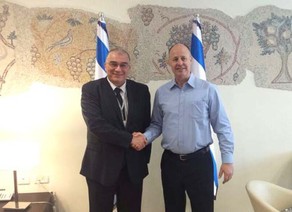 The parties discussed economic cooperation between Tel Aviv and Baku.

The sides agreed that the cooperation between Israel and Azerbaijan should be intensified by strengthening inter-parliamentary relations and summits.

During the meeting the sides also discussed the geopolitical situation in the Middle East and South Caucasus.