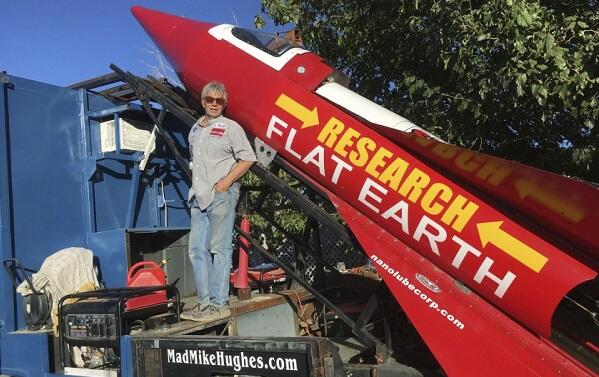 A US daredevil has been killed during an attempted launch of a homemade rocket in the Californian desert.

A video on social media shows a rocket being fired into the sky before plummeting to the ground nearby.

Hughes was well-known for his belief that the Earth was flat. He hoped to prove his theory by going to space.