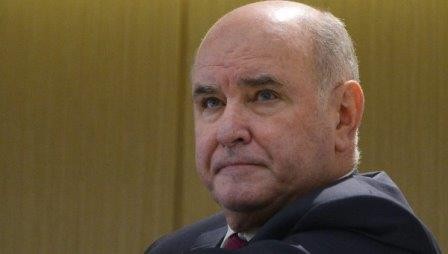 He made the remarks at a reception held in the Embassy of Azerbaijan in Moscow on the occasion of Azerbaijan's Republic Day.

"The scope and quality of the Azerbaijan-Russia cooperation grow year by year," Karasin said. "In 2014, in terms of trade turnover volume, we reached a record level of $4 billion. Currently we are actively seeking ways to encourage cooperation, especially in transportation, oil and gas sectors, and agro-industry."

"The unchanging priority is the cooperation in the humanitarian sphere with emphasis on strengthening the common legacy of linguistic, educational and cultural space inherited by us," he added.

Karasin said the world-renowned joint project - the Baku International Humanitarian Forum - under the patronage of Russian and Azerbaijani presidents, has become a platform in demand.

"At present, the next fifth meeting, scheduled for September 2016, is being actively prepared," Karasin said.
"Today's bilateral relations are based on a solid foundation," he said, adding the relations are bonded by mutual trust and benefit.

"Good relations have been established between the regions and authorities of the two countries, and first of all, between the presidents of our countries, Vladimir Putin and Ilham Aliyev, who maintain constant relations," said Karasin.

"Russia sincerely believes that we have a good common future," he said, adding Russia wants to see its southern neighbor, Azerbaijan, prosperous and open to broad cooperation.