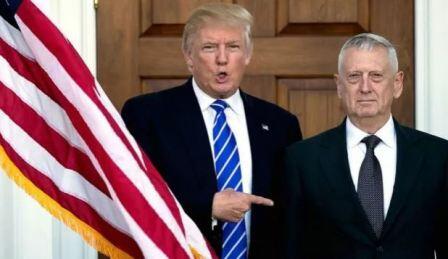 I had changed James Mattis's nickname to "Mad Dog."

Axar.az reports that the statement came as US President Donald Trump spoke about former Secretary of Defense James Mattis, who criticized him.

"The only thing I have in common with Barack Obama is that we both had the honor of ousting the world's most extravagant general, James Mattis. I asked for his resignation and I was very pleased. His nickname was "chaos". I changed it to 'mad dog', becayse I didn't like it" Trump said.

Mattis said Donald Trump was the only president who did not try to unite the American people.