"I don't believe conflict has a military solution" 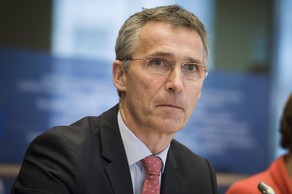 I do not believe in a military solution to the conflict in Nagorno-Karabakh.

According to him, a few days ago, he has published a statement in which he supported a political solution to the problem: "I do not think there should be an increased military settlement. I urge the parties to the conflict to respect the ceasefire."

He also called for further efforts to promote a peaceful settlement of the conflict.