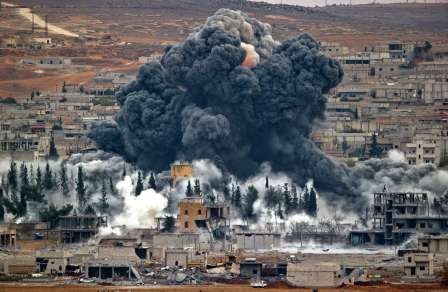 The Turkish military shelled Islamic State of Iraq and the Levant (ISIL) targets north of the city of Aleppo in Syria, killing 14 militants, television chanenls reported, citing a statement from the General Staff.

NATO member Turkey is a member of the U.S.-led coalition fighting ISIL in Syria and Iraq.